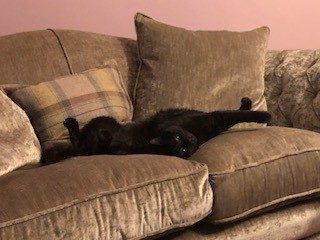 I wanted to take a moment to tell you all about how a Cat Fence saved our cat’s (Figaro’s) life. You may have heard them called containment fences or even electric cat fences.

Without our Cat Fence I really fear that Figaro would not be with us anymore and I would not be able to tell you all his tail.

Figaro came to us when he was 6 years old we rescued him from a local cat shelter. The whole family fell in love the second we met him. He was so handsome; his glossy black fur and bright shiny eyes. I couldn’t believe my whiskers when the lady at the cat shelter told us Figaro had been tricky to re home due to the colour of his fur. Would you believe that black cats aren’t as popular because they don’t look as good in ‘selfies’? At this point in time we all felt that our garden was safe and had not even considered a containment fence or cat fencing.

Figaro settled into his new home nicely. We kept him inside for a week or so but he was so inquisitive about the outside world. I couldn’t keep him indoors any longer. Figaro had missed his freedom being in the cat shelter and I couldn’t wait to let him explore the garden. 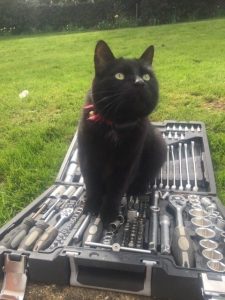 Figaro helping with the DIY!

At first he stayed within the garden and loved lazing in the bushes and hunting mice. Over the next few weeks Figaro began to explore further afield. At first it was the neighbour’s garden, then a visit to the tabby cat down the road. His adventures grew longer and longer but he always bought himself home in time for dinner. We never knew quite how far he went but he always returned.

That dreaded moment when the cat did not come home!

Then it came that awful night he didn’t come home for his dinner. It was getting late and he still wasn’t home. I went into the garden and called him…nothing. I tried to tempt him with his favourite – Tuna! But still nothing. I decided to leave his cat flap open and went to bed, he would be home in the morning, I was sure.

Morning came and he wasn’t home. I searched everywhere for him. As the days went on I started to fear the worst. We lived a reasonable distance from a few busy roads and knew two families that had lost their fur babies in road traffic accidents. Trying to remain positive I decided to visit as many neighbouring houses as I could to ask if they had seen him.

There had been no sightings. One of my neighbours (who had previously lost several cats to the road) told me about this amazing device called a

A small lightweight collar that the cat wears and a wire installed around the garden. The cat is trained to know how the collar works and receives a warning beep followed by a small static impulse to stop them from straying outside of the garden. She let me feel the collar as I had visions of my cat leaping out it’s skin for it’s life. I have to admit that I was skeptical as to how it would work because when I felt the sensation it was very small and not at all how I imagined.

My neighbour told me it’s the only way she’s been able to have a cat again after the devastating losses of her other cats. It enables her cat to explore its natural environment but keeps them safe at the same time and gives you piece of mind – How amazing!

I walked home furious with myself that I hadn’t discovered Cat Fence before. If I had just known about it, Figaro would still be at home safe in his garden. I brushed a tear away as I reached my front door. How could I have let this happen? I was probably never going to see my beautiful boy again.

Several days went passed and I resigned myself that he was gone. It was the not knowing that hurt the most, had been injured, killed or had he just found a new family. I hope it was the latter.

The day I decided to research Containment Fences.

One wonderful day after turning the key in front door and letting myself in I heard his little meow.  He came straight over brushing against my leg and purring. Actually he looked fine, a little thinner and obviously relieved to be home. We had had a lucky escape and I vowed not to let it happen again. I went straight around to my neighbour and got the details for the cat fence Company. Within an hour I had booked for our new Cat Fence to be installed.

The installer was excellent and explained all about the cat fence to me. He did some indoor training with myself and Figaro which allows Figaro to learn about the “no go zone” before using it in the garden. After 20 minutes Figaro knew what the beep meant and he was no longer entering the “no go Zone”. We had to keep indoors for a few days to ensure that he really knew how the cat fence worked.

The gentleman explained that cats are very intelligent and pick things up quickly and that I would need to use Flags in my garden for the first few weeks to mark out the “no go zone” but could take them out once he fully understood. 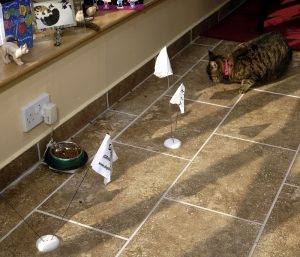 It’s been 4 years now since our Cat Fence has been installed and I am able to relax Knowing that Figaro will always be home for dinner. As I type this I can see him out of the window, happily hunting the mice in the sun and enjoying his freedom whilst being safely contained in his haven. 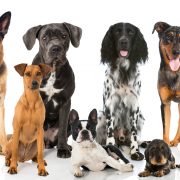 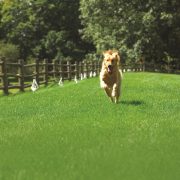 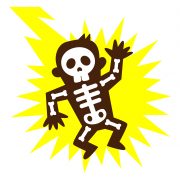 Electric dog fence - the myths and the truth! 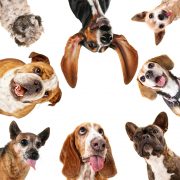 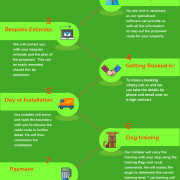 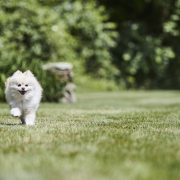 Electronic dog fences - are they safe for small dogs? 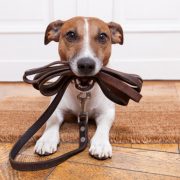 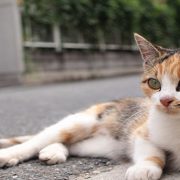 How to keep your cat safe outdoors
Electric dog fences cruel or kind?