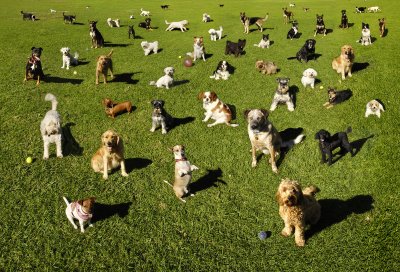 Dog attacks in the UK has increased by 76% in 10 years and sadly this figure still seems to be increasing. Is this because there has been a trend toward a certain dog breed or are there just more dogs in the UK now? The numbers were collated from hospital admission records of all patients admitted to National Health Service hospitals. Sadly 16% of these attacks were recorded on children and of those 2/3 were recorded as fatalities. 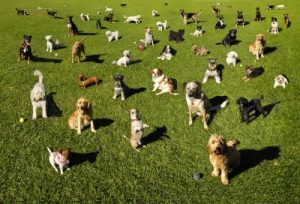 What is the UK’s most dangerous dog breed?

The records show that 7,227 people were admitted to hospitals due to dog-inflicted injury between March 2014 and February 2015. This is a significant increase from the 4,110 dog attack admissions in 2005.

Is there a reason for the rise in dog related injuries?

The rise in the attacks coincides with the exemption of Staffordshire pit bulls from the Dangerous Dogs Act. Interestingly years ago the majority of attacks were on infants (nearly two thirds) but in the last few years this figure has reversed. It seems that the Bull type breeds are not fazed by the size on an adult human, whereas most other dog breeds are subdued by people who are significantly larger than themselves.

The Pit Bull has been banned dog breed in Britain since 1991. Interesting 3% of “bull type breeds” match the characteristics of the Pit Bull breed. Staffordshire Terriers, a pit bull line were exempted from the ban in 1997. In 2015 Doohan and Richardson reporting for The Mirror reported, “More than 3,000 banned Pit Bull terrier-type dogs have been discovered in Britain– almost 25 years after they were banned”.

Doohan and Richardson reported “A Freedom of Information request showed that legislation introduced following fatal attacks on children a quarter of a century ago has failed to halt the animals. Greater London had the largest amount of Pit Bulls with 1,060, and Merseyside was next with 237 followed by Greater Manchester with 223, and the West Midlands with 161.”

The police have the power to seize a dog that deemed as being from the banned dog breed list even if it has not shown signs of aggression. The owner must then prove it is not a banned breed and if the case is taken to court and the owner is found guilty. The punishment is severe; up to £5,000 or even six months in prison but it seems this is not a sufficient deterrent.

What should you do if you come face to face with an aggressive dog?

In recent years media attention has focused on specific breeds, mainly the Bull type breeds and Rottweilers but of course any breed of dog can become aggressive and bite. It is always advisable to follow certain safety procedures around new or strange dogs.

It is strongly recommended not to approach unfamiliar dogs, never to run from a dog or shout or scream at them. Try to remain motionless when confronted by an unfamiliar dog and never look a dog straight in the eye. If a dog is eating or sleeping let him be and do not disturb a mother with her puppies.

Request a call back or more information