“Ugly” dog breeds are increasing in popularity as owners look for pets which provoke a strong reaction, new figures show. 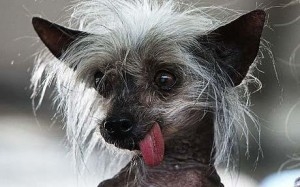 Growing numbers of Britons are shunning traditional breeds in favour of the less obvious charms of animals which even their staunchest supporters might concede are not blessed in the looks department.

The surprising surge in popularity of a series of “ugly” or unconventional-looking dog breeds is revealed in statistics from the Kennel Club on the numbers of pedigree puppies born in the last decade.

Among the fastest risers were the Mexican hairless and Chinese crested, both of which are largely bald with wizened features, the Cirneco Dell’Etna and Pharaoh Hound, distinguished by their oversized bat-like ears, and the wrinkled-faced dogue de Bordeaux, owned by Frank Lampard and Wayne Rooney, the England footballers.